Who wants to survive with a Nexus 6p stock ROM in 2022? Absolutely nobody! Frankly, nexus’s stock ROM is now backdated, and it’s not suitable at present. Since you are a nexus 6p user, a custom ROM would be the best choice for you.

Technically custom ROMs are more accessible and customizable. On the other hand, the stock ROMs are restricted, with very limited options. Additionally, custom ROMs are AOSP supported, so they are open for all.

To make your job easier, we are prepared to show some of the best custom ROM for nexus 6P based on Android 10. You just have to pick the right one among them and set up your smartphone.

Here is a shortlist of some of the best custom ROMs for nexus 6p. These ROMs are mostly Android Open Source Project (AOSP) supported. In addition, they are very common among nexus users.

Let’s check them out.

If you’re looking to taste Google Pixel ROM on your Nexus 6p, then Pixel Experience ROM may be only for you. Since this is a custom ROM, you will have full flexibility and control over the system.

Pixel Experience is part of the Android Open Source Project (AOSP). And users will get 100% free access to those ROMs which are under the open-source project. So anybody can use this entirely for free.

Pixel Experience offers a great combination of performance and appearance. Surprisingly the ROM contains tons of wallpaper and icons. So you can completely change your smartphone interface using those things.

Frankly, Pixel ROMs are less complicated compared to other ROMs. You will get a butter-smooth user experience when it comes to performance. The developer of this ROM heavily worked on the battery stability. They make sure there will be no unnecessary battery draining issue.

Depending on your job, you can select your preferred profile. For example, you can choose a gaming or browsing profile, which will increase the overall performance of that particular application. Besides, it will stabilize the battery life by restricting other applications.

Other than that, it will free up your internal storage by removing unnecessary fatwares.

Originally developed by PixelBoot, this is one of the common ROMs for Nexus 6p users. LineageOS 17.1 is their latest version for the Android 10 OS. Since they offer all the latest Android 10 features in this ROM, the experience will be interesting.

In addition, you won’t face any hassle even if you just came back from Nexus 6P Marshmallow ROM. Anyway, Lineage’s latest version offers some exciting features. For instance, an updated navigation bar will be there. This navigation bar can be customized in different ways.

Another cool feature would be a quick response notification. Here you can quickly reply to any message without even entering the main application. You may also use the dark theme, which is a highly demanded feature.

Apart from that, there will be some old features with the latest updates such as speed settings, hardware control, and many more. The ROM presented a launcher called Trebuchet. This launcher will help to experience google’s theme.

Performance-wise this ROM will be faster and lag-free. If you were using Nexus 6p ROM 8.1 earlier, you might know some UI issues. Those things have been fixed in this Lineage ROM.

Moreover, the developer always releases new updates for a better experience, which is a plus point.

ArrowOS has released the latest 10.0 update for Nexus users. This can be another great AOSP custom ROM, especially for those who are using the nexus 6p model. Since the ROM is under AOSP, it will be open for all.

Where other ROMs are focused on increasing the number of features. ArrowOS tries to make its operating system simple, smooth, and lightweight. So, here you might miss some features. But all the necessary features will be given with the ROM.

Since it is a lightweight ROM, the performance will be super smooth. No bad battery draining will happen. However, some cool in-built applications will be there, for example, crDroid home or crDroid music.

You can do more exciting customization in your operating system using crDroid home. Anyway, the ArrowOS is slightly followed by the pixel ROM for designing. So if you love pixel’s look, you will get that here too.

Since this is an Android 10 based ROM, basic features like quick navigation, notification replay, dark theme, status bar, and lock screen will be available.

For people who are looking for an exceptional ROM with all the important features, crDrive can be an option. Their latest v5.7 update arrived with a more lag-free experience.

The crDrive is slightly different from other regular custom ROMs. Furthermore, the system is simple and lightweight. Their user interface (UI) is incredibly appealing and unique.

CrDrive’s developers prioritize their settings option over others. So the user will get more control over the settings. One can rearrange their profile in many different ways.

Six highlighted features have been developed in this v5.7 version. The features are quick setting and status bar, lock screen, Navigation panel, UI, sound/notification, and miscellaneous.

Hopefully, you are familiar with most of them, but miscellaneous is interesting here. This option will provide you with different types of modes. Gaming mode is one of them. When you are inside a mode, the other applications will be restricted for battery savings when you play games.

Pocket detection and smart charging feature is also part of this miscellaneous option. You can customize them as well

‘Droid on time’ is, known as dotOS is a great AOSP supported operating system. The ROM is unique and simpler than other related ROMs. Since its AOSP support, it’ll be well secure.

The primary object of this ROM is to provide an interactive and unique interface. They also focus on the overall performance. And try to make the battery stability well balanced.

We use the settings option more than any other option on a smartphone. Because of that, dotOS wants to make it more attractive. So they store countless designs and colors to make it appealing. They also updated all the visual elements of the settings bar.

In the dedicated customization option, users can make their personalized profiles. Users are allowed to use their own stuff. For instance, they can use their preferred icons, colors, and wallpaper.

Last but not least, they construct their security system. If you start using this ROM, you will get regular updates for security and other options.

Unfortunately, it’s not. Nexus 6p was good in 2015 when it was first released. But now everything is updated a lot. Frankly, you won’t be able to cope with that in 2022. So better go for custom ROMS since stock ROMs are not up to the mark.

Can I transfer nexus 6P stock ROMs to custom ROMs?

Sure you can. Many good custom ROMs are available, especially for the nexus 6p model. Those ROMs are the latest, well-designed, and compatible with the Android 10 system.
So you can transfer them without any hesitation.

Now, if you asked which ROM is preferable for me, we don’t have an answer for that because that’s a subjective question. We have shown some of the best custom ROM for nexus 6P based on Android 10.

Some ROMs provide a good number of features, whereas others try to offer beautiful interfaces. But in the end, no one compromises in performance to make something better.

So it’s your call. Select your preferred one according to your needs and set it up on your phone. 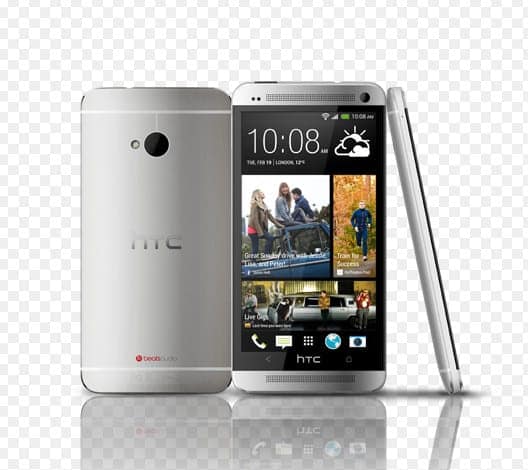